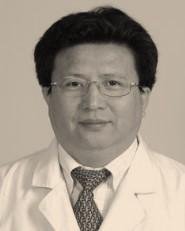 Abstract: As of December 10, 2014, an official report shows that Shen Zhongyang led the team to complete nearly 10,000 operations for liver transplantation. According to WOIPFG ’s investigation, the actual number of operations per year after 2006 exceeded 5,000 cases, with a peak period of 8,000 cases per year. In January 2015, "Tonight's Media Group" said: "Under the guidance of Shen Zhongyang, his former surgical residents have completed nearly one thousand liver transplant operations each.”[2]

(1) After 1999, the annual transplant volume of Tianjin First Central Hospital increased by a factor of several hundred to several thousand times.

In particular, the number in the reports mentioned above is only the number announced by the CCP, and the actual number is even more alarming. For example, after the new transplant building was put in at the Tianjin First Central Hospital in September 2006, the number of beds increased from 120 to over 500 (another official media report states that more than 700 special beds for transplants have been installed at the time of opening[7]), and the bed occupancy rate surpasses 90%, growing to 131.1%. The average hospitalization time of surgical patients is 25-30 days and the hospital performed over 5,000 operations per year, peaking at 8000 cases per year. The number of liver and kidney transplants given by the hospital is several thousand times its average annual amount before 1999.

(3) The hospital where Zhongyang Shen serves still has a large number of transplant operations after 2015.

A doctor at the Tianjin First Central Hospital Organ Transplantation Centre confirmed a large volume of transplants as late as 2017.

On October 17, 2017, Dr. Feng, a kidney transplant doctor on the 6th Floor of the Oriental Organ Transplantation Building at Tianjin First Central Hospital, said that they do kidney transplants just as frequently as  liver transplants, four or five hundred a year.

On May 8, 2018, another liver transplant doctor on the 8th floor of the Oriental Organ Transplantation Building of Tianjin First Central Hospital said in an investigation call: “There are many liver donors, and there are transplants every day. Each director leads a team to perform [operations.]” The investigator asked how many transplant teams there were. The other party blurted out "ten ~" before hurriedly changing the topic: "Ah ~ they’re all very good!” 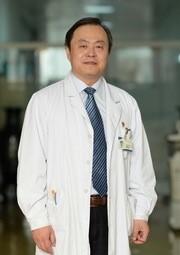 Investigator: Is this Director Song of Tianjin First Central Hospital?

Investigator:-----His doctor told him that this kidney source is very good, that the source practices the exercises. He asked what kind of exercises he practices, and they said [the source] practices Falun Gong. People who practice Falun Gong have healthier bodies--- [Interrupted by the other party]

Wenli Song: Of course, we also have cases like that here. We also have some so-called donors that are breathing and have heartbeats. We also have that, we probably have some right now.  This year so far there were more than a dozen kidneys like that…