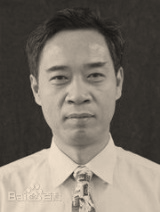 Investigator: The kidney transplant doctor Zheng Jin said last year that you have performed many transplants. It used to be over 200 cases, and now it is maybe over 300 cases?
Nurse: Yes, more or less! Well, almost. We have many surgeries. We have three or four operations today. (2985323955)
(Download Recording: 8.1 MP3; Transcription: Appendix here.)

Investigator: Do we still have a lot of liver transplants now?