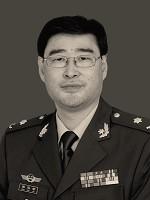 Between January 2004 and August 2008, he participated in 1,600 cases of liver extractions.[2] In September 2001, after receiving transplant training in the U.S., he joined the Transplant Department of Tianjin First Center Hospital, Oriental Organ Transplant Center, and carried out liver transplants under the guidance of Professor Shen Zhongyang. He was able to complete liver transplants on his own and provided training for other hospitals in Hebei, Henan, and Shandong provinces in over 100 operations.[3] In January 2005, Zang joined the Armed Police General Hospital and was appointed as deputy director, chief surgeon, and professor.[4] In February 2014, the Affiliated Hospital of Qingdao University announced the establishment of Organ Transplant Center and invited Zang Yunjin numerous times to lead the team. Zang helped to “form a 20+ person transplant team, set up four transplant divisions (liver, heart, kidney, and pancreas), and planned to complete 100 transplants in the first year.”[5]