Notice to Investigate the Involvement in the Persecution of Falun Gong by Liu Yunshan, former director of the CCP Propaganda Department 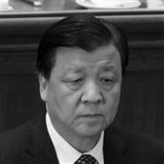 Since Jiang Zemin led the CCP to start the genocidal persecution against Falun Gong in July 1999, Liu Yushan closely followed Jiang’s persecution policy. Liu controlled the nation’s propaganda machine to slander Falun Fong with lies, which has stirred up hatred against Falun Gong in mainland China, as well as in the international society, paving the path for Jiang to intensify the persecution. Liu Yunshan was in charge of anti-Falun Gong propaganda in the “Leading Group for Handling Falun Gong Issue”, which was established by Jiang Zemin to persecute Falun Gong. The notorious “610 Office” is the executive office of this leading group.  In the early stage of the persecution, Liu was the deputy director of the Propaganda Department.  Because of his active involvement in the persecution, Liu was promoted to be the director of the Propaganda Department in 2002 and remained in the position till the end of 2012.  During those years, the persecution of Falun Gong in mainland China has gotten to the most severe level. Countless numbers of Falun Gong practitioners were unlawfully detained and imprisoned, tortured and sentenced, causing massive injuries, disabilities and deaths; massive numbers of Falun Gong practitioners were killed through live harvesting of their organs.  All these were directly related to the propaganda administered by Liu.  Listed below is the partial evidence of Liu, as the (deputy) director of the CCP Central Propaganda Department and the director of Central Office of Civilization, inciting hatred and slandering Falun Gong, which has intensified the persecution.

On August 6, 1999, only two weeks after the start of the persecution, the Central Office of Civilization hosted an anti-Falun Gong forum. Liu attended the forum and gave a speech as the head of Propaganda Department and Office of Civilization. He requested the audience to “fully realize the extreme importance of the ideological and political struggle, and further expose and criticize” Falun Gong.

On Dec. 9, 1999, Jiang Zemin wrote a letter to the National Conference of Science and Technology Popularization. The letter demanded “arming the CCP with historical perspective of materialism and scientific ideology”, while the true intention was to call upon those in science and technology to attack Falun Gong under the name of science. The letter was widely distributed.  Li Lanqing and Liu Yunshan echoed the content of the letter in their speeches during the Conference of Science and Technology Popularization held on the 14th and 15th, denouncing Falun Gong.

Liu Yunshan chaired the National Conference of Propaganda Department Heads from Jan. 8 to 11, 2001.  The Conference delegated anti-Falun Gong tasks on the “propaganda and ideological frontlines.”

In February 2001, the CCP Central Organization Department, Propaganda Department, Political & Legal Affairs Committee, Ministry of Public Security, Ministry of Civil Affairs, Ministry of Personnel, and the Office to Prevent and Handle Cult Issues (610 Office) jointly held an award meeting in the struggle against Falun Gong. More than 3,000 people attended the conference in Beijing.  Deputy director of the Propaganda Department, Liu Yunshan chaired the conference and vigorously preached to the attendees to fight against Falun Gong.

When the CCP first started the persecution, it was difficult to carry out the persecution policy throughout the entire country.  Therefore, besides defaming Falun Gong through its mouthpiece media, the CCP also poisoned the general public through so-called “science and technology popularization.”  On July 15, 2001, a photo exhibition to defame Falun Gong was jointly arranged by the Department of Propaganda (Liu Yunshan being the deputy director), central Office of Civilization (Liu Yunshan being the director), the 610 Office, Ministry of Public Security, Ministry of Justice, and China Association for Science and Technology.  Liu Yunshan spoke at the opening ceremony of the exhibition, advocating Marx theory of materialism and atheism, and requiring the exhibition to be duplicated nationwide with the purpose to further “condemn” Falun Gong.

On August 6, 2001, the Central Office of Civilization held a forum to “thoroughly criticize Falun Gong and practically strengthen the construction of spiritual civilization.” Liu Yunshan gave a speech.

In January 2004, Liu Yunshan, as the director of the Propaganda Department, spoke at the teleconference of “combating pornography and unlawfulness”, deploying specific tasks for the year.  Liu called the illegal confiscation of Falun Gong materials the “firm attack on the penetration of the hostile forces.”

In January 2010, Liu Yunshan published a report on “propaganda and ideological tasks” where he used the excuse of “spreading Chinese culture” to spread the persecution of Falun Gong overseas.  The report said “to actively battle the international public opinion concerning Tibet, Uighur, Taiwan, human rights and Falun Gong.  To deepen the export of culture by establishing overseas culture centers and Confucius Institutes.”